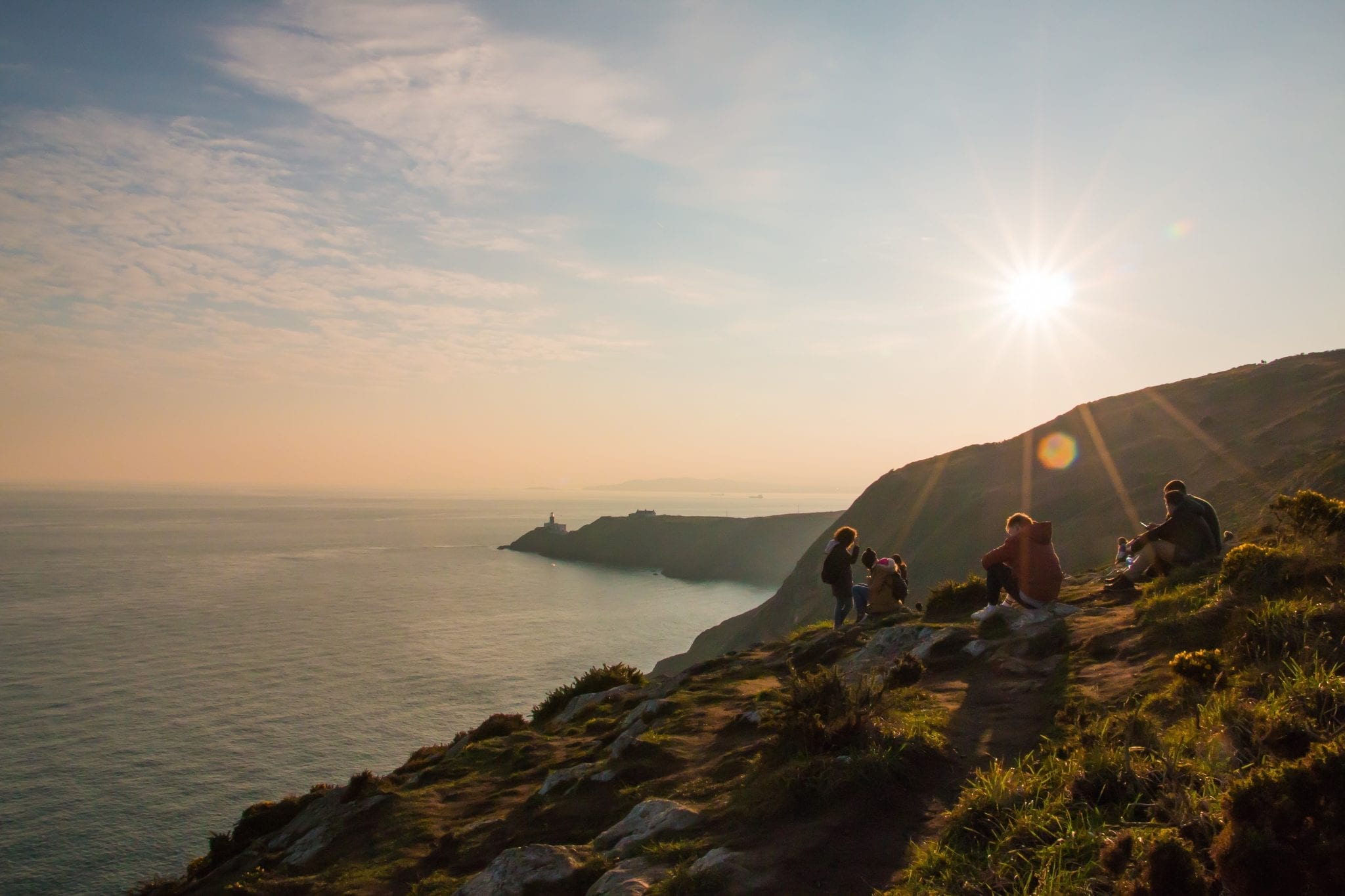 Escape the buzz of city for some fresh air, natural wonders and appreciate Dublin’s natural beauty. Ireland’s capital is home to some of the finest parks and its coastline offers beautiful walking trails and nature walks, all located just a few minutes away from the city centre. Keep on reading to get some inspiration for your next nature walk while visiting Dublin

Although not the longest walk, Merrion Square Park is an ideal place to unwind and escape from the city madness and luckily, only a 2-minute walk from our front door at the Alex. Merrion Square is a lovely short walk to get the steps in for people on their way to work, during their lunch break during the work day or simply wanting a break from the City Centre. Home to many species of flora & fauna, full of stunning scenery, an oasis of peace and embedded in nature, this park is a gem and we are so fortunate to have it on our doorstep.

The Botanic Gardens is an oasis of calm and one of Ireland’s premier scientific institutions. Just three kilometres outside Dublin City Centre you can easily reach the gardens by public transport or even walking for the fleet of foot. The restored glasshouses in the centre of the gardens dates back to 1862 and is now the home to over 20,000 species of flora.

Once you reach the Botanic Gardens you have two options – you can stroll around the 19.5 hectares of taking time to relax by the River Tolka which flows through the land or you can attend one of the many weekly events hosted by the Office of Public Works who are in charge of the Gardens.

While you are out in the suburbs of the city, why not take a look around the historic Glasnevin Cemetery that is connected to the botanic gardens trail? The cemetery is the final resting place for leading iconic Irish figures including Constance Markievicz, Michael Collins, Luke Kelly and Brendan Behan.

Phoenix Park is one of the largest parks in Europe which has plenty to offer especially when it comes to walking trails. Here are just some of the tourist attractions worth seeing;

Along your walk, you could also stop off at the President’s House Aras an Uachtarain, Dublin Zoo or Ashtown Castle, is one of the park’s oldest buildings which was built in the 1430s. When walking in Phoenix Park you are never alone, with over 600 wild deer, there is a good chance you make a happy encounter.

Irishtown Nature Park is between Irishtown and Sandymount on the south side of the city strand offers a 7-kilometre man-made walking trail which is absolutely gorgeous especially if you’re lucky enough to have the nice weather on your side.

The park was the idea of a group of residents from the Sandymount and Merrion Residents Associations – a wonderful incentive and a great addition to the neighbourhood as well as Dublin! The area had been used as a dumping ground during the 1970s building boom and the concerned residents suggested creating a nature reserve to cover the wasteland. During the 1980s, Dublin Corporation helped the residents’ groups to develop the park and planted seeds, trees, and tall grasses. Today the Irishtown Nature Park is home to many flora and fauna such as herons, Brent geese and the red-tailed bumblebee.

Walk along the path

Breathe in the fresh sea breeze and explore Howth Head Cliff Walk. The well-established trail is open to everybody at every walking level just follow the green arrows and take in the panoramic view of both Dublin Bay and Howth harbour – Instagrammable pictures galore!

To begin the trail, you’ll need to make your way through Howth Village and this will allow you to pick the place for your post-hike refreshments and a bite to eat. For a small village, Howth punches above its weight for great pubs and restaurants – you’ll be spoilt for choice! No car? No problem – the DART will you there and back and it will only take approximately 30 minutes.

Dun Laoghaire Harbour and pier were constructed in the 19th century to be used for sheltering ships and accommodating mailboats between Holyhead and Dun Laoghaire – fun history fact! There are many activities along the pier and in the water, such as sailing, fishing and if you are in the mood for a refreshing dip you can also go swimming, depending on the Irish weather you may or may not be so lucky to have the nice weather. The Dun Laoghaire pier walk is only 2.6 kilometres but the scenic and picturesque views are the main seller for this location. Grab your camera, take the trip out and you can make a day of it by stopping by The Lighthouse for some delicious grub.

An area best known for big tech companies and the Bord Gáis Theatre, this is actually the ideal city centre walk to waken and brighten you up in the morning with the fresh crisp air blowing in your face while sipping on a hot cup of coffee to-go. The Grand Canal runs the length of the South side of Dublin city centre and the walkway can be joined at any time. The Grand Canal and the Royal Canal connect Dublin with other parts of our small charming Island too – it spans from the Southside of Dublin to the River Shannon in the west of Ireland, winding through several towns en route.

Happy Saturday! Who says Dublin can’t compete with the canal game of the Netherlands and Venice?! 😂😂 Here’s a few pictures of the Grand Canal in Dublin City during the “heat wave” a few weeks ago 🥵☀️ . The Grand Canal is a great place to hang out for your lunch break or after work, as Dubliners working in the Docklands (or elsewhere in the city) and students come together to chill on the banks with food and drinks. On a hot weather day the Grand Canal is a huge party 🎊🎉💃🍺 . I’m heading there now, actually, as it’s also a great place for a walk on a cool, sunny Saturday in Dublin 😎 What are you up to this weekend?! . . . #grandcanal #grandcanaldublin #dublinsummer #irishsummer #visitdublin #dublinstagram #dubliners #dublincity #visitireland #canalwalk #dublinireland #dublino #dublindaily #dublincanal #ireland🍀 #ireland_daily #littlepiecesofireland

This manmade Island is home to 8,000 wildfowl and over 180 different bird species have been recorded here. The island features a 10 kilometre walk that is suitable for all levels of walking and for those who love being in the outdoors, this would be right up your street. North Bull Island is incredibly important for nature conservation has been recognised since 1914 when it was listed as a Rothschild Reserve. It was the first National Bird Sanctuary, designated in 1931. It was designated as a biosphere reserve by UNESCO in 1981 and is also part of the Dublin Bay Biosphere Reserve. This is the only Biosphere Reserve entirely in a capital city in the world. Most Dubliners wouldn’t know that North Bull Island has the most conservation designations of any site in the Republic of Ireland – pretty impressive stuff!

The Bray Head to Greystones Cliff Walk is a breath-taking coastal path in County Wicklow with stunning scenic views and hundreds of tourists come to walk the trail each year. The 6-kilometre trail takes two and a half hours and is suited for every level of fitness with the option of taking the DART back to the city centre, if you’re too worn out from the hike!  Once you’ve reached Greystones, we recommend stopping by Happy Pear for some deserved delicious food – you can choose from flavourful vegan dishes, indulgent coffee, smoothies and much more.

From a stroll in Dun Laoghaire to a brisk coastal hike, take your time on one of the many trails and parks that Dublin has to offer. The DART will give you access to all the coastal town of Dublin Bay and is available from Pearse Station located just next to our hotels. 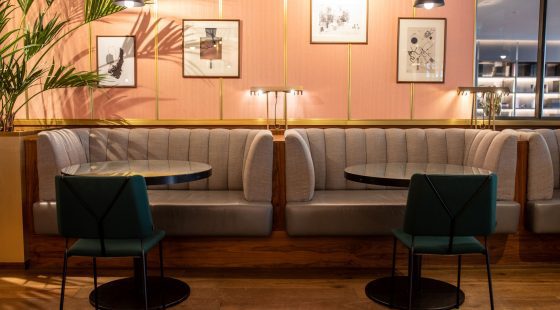 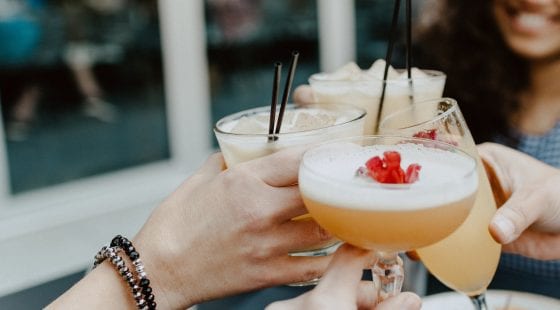 10 Trendiest Bars to keep an eye out for… 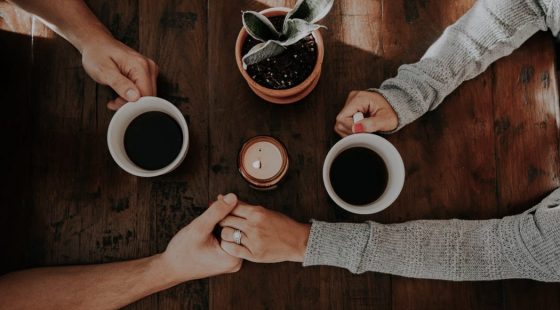